“We’re going to find out who is willing to die for freedom.” – Mark Lamb, Sheriff, Pinal County, Arizona

Politico, He Calls Himself the ‘American Sheriff.’ Whose Law Is He Following?, (Emphasis added, for emphasis)

Since taking office in 2017, Lamb has become the face of a new online streaming service called the American Sheriff Network and of a nonprofit coalition of sheriffs called Protect America Now; he also founded a charity, the American Sheriff Foundation. Lamb is a frequent talking head on Fox News and Newsmax, where he derides President Joe Biden’s and Vice President Kamala Harris’ handling of immigration, and he has spoken at political events like a Turning Point Action summit a few months ago in Phoenix …

As much as he glorifies law enforcement, though, Lamb is selective about which laws he chooses to enforce. He takes a hardline approach on immigration, for example, but when it comes to the government telling people to get vaccinated — or declaring the 2020 election legitimate — he fashions himself as more of a vigilante resister, with a heavy dose of anti-government, sometimes militant rhetoric.

* “Protect America Now, which was founded by a Republican strategist and two businesspeople”

Guy Saperstein, writing at Sheerpost in, Why I’m Leaving America,

America once led the world in innovation. No more. We don’t even have one mile of high-speed rail, unless you count Disneyland. China has 30,000, and counting. Which country do you think is prepared to prosper in the next century?

The battle is lost. America is in terminal decline and nearly 75 million Americans seem to be willing to pull it down further.

He writes about the rigged system, with the filibuster making the country almost ungovernable, and,

Biden won by 7.3 million votes — a smashing win, right? — but if just 43,000 votes in a few states had switched, Donald Trump would still be president today. In California, Governor Gavin Newsom could have received 49% of the vote in the recall election and have lost and some Republican hack could have received 18% and won. And because each state has two senators, 18% of the electorate elects 51% of senators. Explain that to Cleisthenes.

A lot of people feel the way Guy does. Terminal decline.

the public demonization of a person or group resulting in the incitement of a violent act, which is statistically probable but whose specifics cannot be predicted:
The lone-wolf attack was apparently influenced by the rhetoric of stochastic terrorism.

An arson investigation was underway after a man wearing an American flag bandanna threw a Molotov cocktail into the headquarters of the county Democratic Party in Austin.

The incendiary device did not ignite when it was thrown at the Travis County Democratic Party headquarters at about 2 a.m. Wednesday, Austin Fire Capt. Brandon Jennings said. A small stack of papers was set on fire, but that was quickly put out by employees of a neighboring business using a fire extinguisher.

No one was in the office at the time, Travis County Democratic Party Chairwoman Katie Naranjo said, but the incident was caught on security cameras. A note was left with a politically motivated threat, Naranjo said.

“Anyone who wears an American flag as a bandana and then throws a Molotov cocktail … into a building and leaves a note, a threatening note, is a coward,” she said.

Authorities did not release the contents of the note.

The man in the video is also suspected of vandalizing a Travis County administrative building a few hours later, Jennings said.

Members of Congress trade stocks in companies when they receive inside information. CNBC, Insider trading and Congress: How lawmakers get rich from the stock market.

Federal Reserve officials traded stocks and other securities in 2020, a year in which the central bank took emergency steps to prop up financial markets and prevent their collapse — raising questions about whether the Fed’s ethics standards have become too lax as its role has vastly expanded.

Federal judges own stock in companies they rule on. WSJ, 131 Federal Judges Broke the Law by Hearing Cases Where They Had a Financial Interest,

More than 130 federal judges have violated U.S. law and judicial ethics by overseeing court cases involving companies in which they or their family owned stock.

A Wall Street Journal investigation found that judges have improperly failed to disqualify themselves from 685 court cases around the nation since 2010.

We all know no one will be held accountable.

“We saw it in the 1930s in Italy, Germany, Spain and Japan; today it’s happened in Hungary, Turkey, Egypt, Russia, The Philippines and Brazil, and is well underway in Poland, India and multiple smaller countries.”

Thom Hartman, writing at Raw Story in The new ‘businessman’s conspiracy’ authoritarian plot is closer than you think,

History shows that most democratic nations don’t realize how serious their fascism problem is until it overtakes them altogether. We saw it in the 1930s in Italy, Germany, Spain and Japan; today it’s happened in Hungary, Turkey, Egypt, Russia, The Philippines and Brazil, and is well underway in Poland, India and multiple smaller countries.

… Fascism isn’t just about the merger of oligarch and state interests; it also requires a repudiation of the rule of law and the institutions of democracy itself.

… We’ve seen this movie before, and, tragically, history tells us most countries only recognize their fascism problem in the rear-view mirror after it’s consumed their democracy.

It is happening here,
END_OF_DOCUMENT_TOKEN_TO_BE_REPLACED 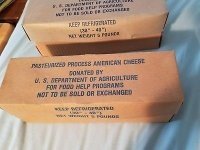 This is a new, evolving project. For now click on ‘About.’